What are The Fall Fashion Trends for this Year - Bohemian Chic

Hi There..... Are you interested in the Fall Fashion trends for this year?

Vogue Paris says that the winter mantra is an allure of outside-the-box, timeless style. It comes in a mix of all kinds of trends, from romanticism and darkness, bohemian chic and bourgeoisie, to sexy charms and extra volume. They say you can adapt it to your personality and pick exactly what suits you from here and there to construct your style.

Sounds like fun to me if you can do whatever you want. 😁

One of those styles that’s on the rise is Bohemian chic. They highlight this style, with intricate embroidery and rich fabrics.

I read on Wikipedia that many elements of this bohemian chic style became popular in the late 1960s and some date even back much further to the mid-late-19th century. It became even more popular after Sienna Miller, a British American actress, her appearance at the Glastonbury Festival in 2004.

A Bohemian is an original inhabitant of Bohemia, the western part of Czechia. It’s the French word for the gypsies in France who claimed to be from Bohemia. This is the way it became the name for Roma or Gypsies in France.

That is how I most remember it as gypsies. When I was a young girl, I remember there were always gypsies camping in the meadow outside the village. They were very poor and looked shabby and anything but clean. People always taught us to avoid them because they were thieves. I can’t say if those were rumors or if it was true because I was too young. 😇

Maybe the biggest problem was that they had their own culture and lifestyle and did not conform to our norms and cultures. They were against materialism and their highest priority was freedom, individualism, and creativity. So maybe that’s why the majority did not accept them. As far as I know, their kids didn’t go to school either, so there was nothing they had in common with the people from our town. 😯

The Bohemian chic style of today looks a lot similar to the traditional gypsy style costumes. The long wide skirts with many prints and colors, wide shirts and cardigans, ponchos, large and lots of jewelry with stones, feathers, beads, symbols, and leather. Everything is possible and allowed in this Boho-chic style as long as it makes you feel beautiful. 😃

I asked some other Fashion Bloggers if they had some fall fashion outfits that I could share with you. I am always interested to see what others are wearing, aren’t you? 😉

This first look is from Lindsey, who is from a small town in Wisconsin. 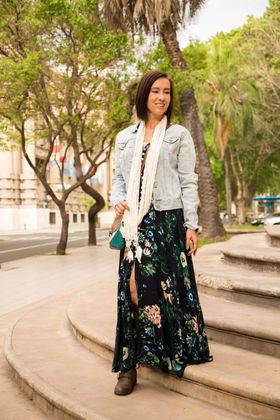 https://www.have-clothes-will-travel.com
The second look down below is from Kari, who is from New York City. 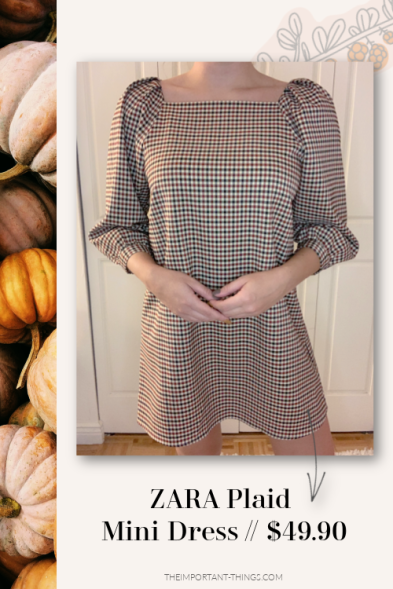 www.theimportant-things.com
This third look is from Yana, who is from Antwerp. 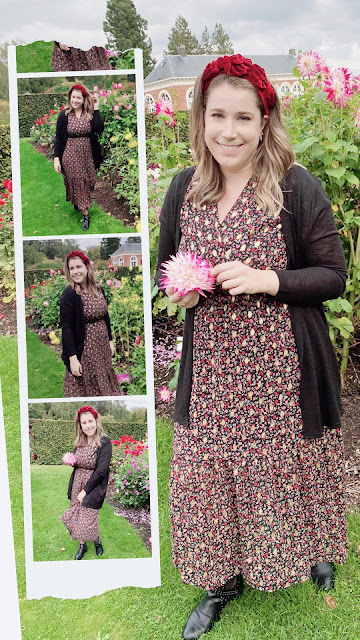 https://www.instagram.com/myinstaweek/
This fourth and last one is from Nancy, who is from the Netherlands. 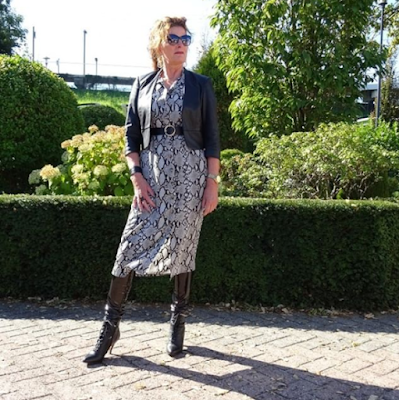 https://www.instagram.com/nancysstyle/
Would you wear one of those four? Let me know what you like and if you would want me to share more of these kinds of posts 😀
Hope you like my blog post.....Until next time.....Have a great day
Renata (Seadbeady)
Follow me on Instagram https://www.instagram.com/seadbeadyblogs
Follow me on Bloglovin https://www.bloglovin.com/blogs/seadbeadys-fashion-lifestyle-blog-19062377
Want to be on my blog next time ?? Want me to review your product?? Just send me a message at seadbeady@telenet.be 😊
op October 21, 2020 15 comments:

Hi There..... Have you ever been to the Flemish Tram and Bus Museum (VlaTam)?
Yesterday, I went to the nocturne there with my sister to meet up with a friend of the family that we hadn't seen for about 30 years. I hope you weren't waiting on my blog post to appear for too long. Yes, the tram museum nocturne was in the evening, but my sister and I met up sooner and went out for dinner to an Indian restaurant. 😋
The VlaTam museum tells the history of tram and bus transport in Flanders. You can find the collection of trams and buses in the protected Berchem tram shed of Groenenhoek.
The over 50 restored vehicles provide an overview of more than a hundred years of urban and regional transport. Eye-catchers in the collection of the Vlatam include the first electric tram in Antwerp and a steam tram locomotive with trailer and stove heating. Photos and many objects - models, attributes, art, flags ... - tell us about daily life in and around trams and buses. They have an archive and lots of paper documentation.
The Antwerp tram started in 1873 as a horse tram company. The Compagnie Générale des Tramways d'Anvers (CGTA)  took over these former tram companies on January 1 of 1900, and they took the first electric trams into service on September 2, 1902. At first, there was a mixed service with horse trams, but after a while, all horse trams disappeared from the Antwerp streets. You can find more information about the trams in Antwerp on this page of Wikipedia.
The tour started with this Motorcar 200 that made its appearance as the first electric tram, but it still looks like a lot like the horse tram. 😊 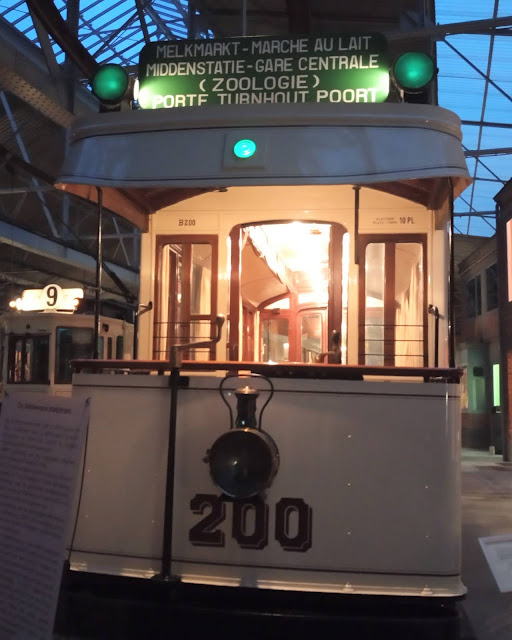 This tram had curtains in the beginning when they came in service, but because some people used those curtains to blow their noses or to clean their sweat, they took those curtains away again. 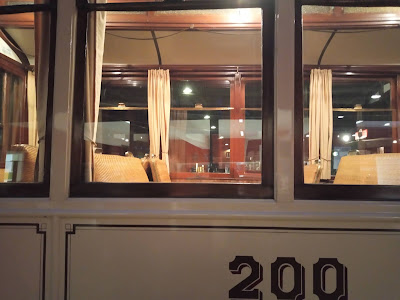 Can you imagine that, pretty Gross, isn't it? 😝
The tram drivers called the tram below the Brilletjes (little spectacles) because they received a chassis from constructor Brill. They made them extra elegant but less powerful to serve in particular to bring the wealthier ladies to the city to have a coffee, and thus they also received the nickname the madammekes (little ladies). 😊 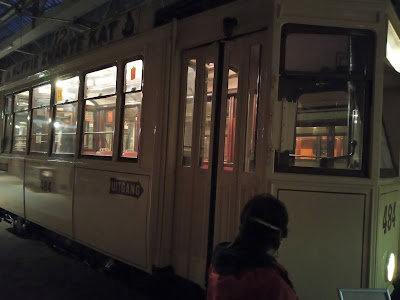 I used to remember taking the tram back home from school and it would be full of elderly ladies going home from their coffee chat in the center of Antwerp. Normally I always stood up for elderly ladies and pregnant women, but not for those coffee chat ladies with their fur coats because I hated them. Sorry to say, but I have no pity for people that wear fur coats. 😎
They especially made the tram below to take the people from and to the World Expo in 1930. 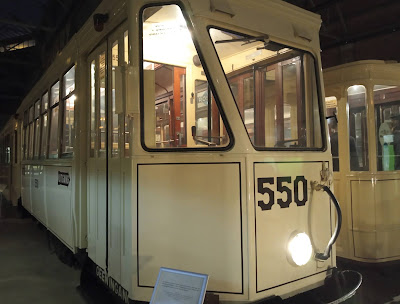 Between 1929 and 1934, the tram company in Antwerp closed all the rounded balconies of the existing trams and replaced them with folding doors. To make sure that they could transport as many people as possible, they took out the seats. 😮
They preserved motor car 305 as a museum tram at the Association for the Tram Museum to return it to the original condition of 1902. It was very well preserved and with just a small restoration they could replicate the interior of the trams similar to those in times of the Second World War. 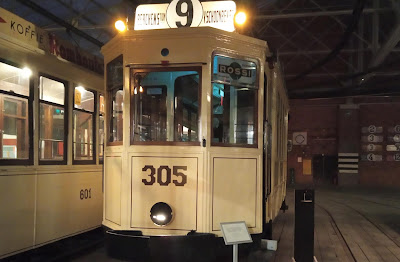 Can you see that the lights in this tram are blue? That was because in times of war they had to dim the lights. They allowed us inside this one, which was a cool extra, and I could get some shots from the interior. 😍 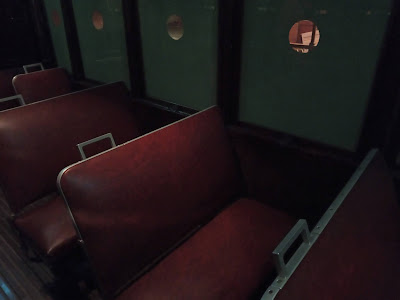 Did you also notice that they tainted the windows and only left a small round opening to see-through? I am sure I would have become nauseous because of my motion sickness. 😵 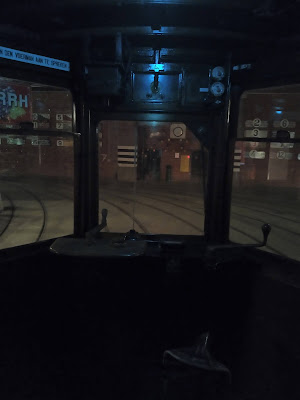 This is a picture of the driver's cabin. So sorry that I couldn't get a clearer picture, but that's because of the poor lighting. 😯
From 1938, they rebuilt and modernized and renumbered their trams to make the series 101-233. 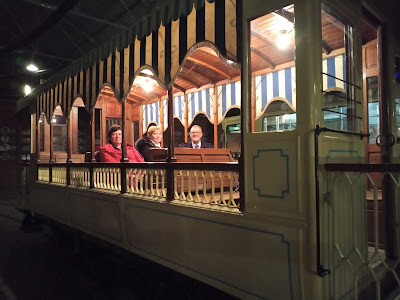 Normally they don't allow you on this tram, but since our friend is a volunteer in the museum, they bent the rules for us. 😇
This one below they call the Duvel (Devil) because they were the workhorses and the dump wagons you see here were used to transport sand, cobbles, and crushed stone. 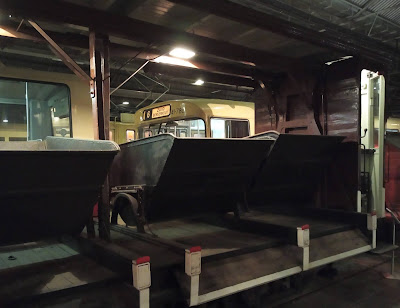 I really had to stand on my toes with my hands above my head to get a decent shot of these, but the pictures turned out great, don't you agree? Don't you dare to say that they're no good.  😧
In these 1907 passenger cars on the picture below, there were 24 seats, an unlimited number of standing places, and a further 9 passengers could join the balconies. 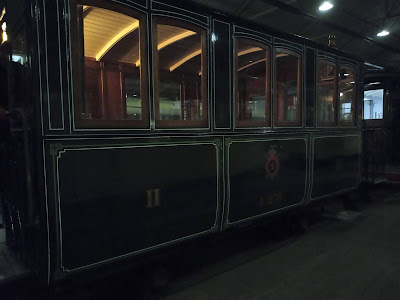 Two oil lamps like on this picture below had to provide the lighting. In winter, the chef kept the stove running, all in a wooden body. That sounds hazardous and not something that I would be comfortable with. 😱 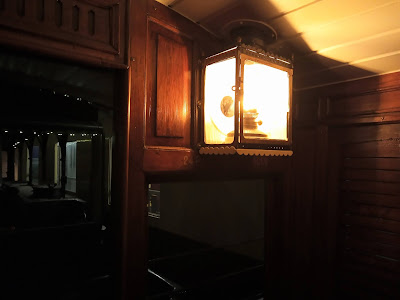 There is a lot more I could tell you, but it's time for you to get up and get some work done. Haha just kidding, no need to get up if you don't want to. Although it is best to keep off the rails. 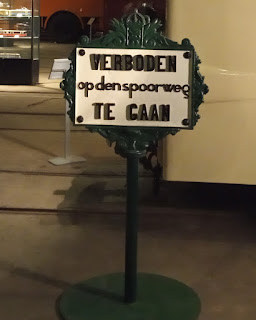 That's what the sign above means. 😁
This museum works solely on volunteers and gets totally no support from the Government so if you want to support them why not pay them a visit? There is another nocturne next Saturday, the 24th, on the 31st there is a Halloween themed event and on the 6th and 7th of November, there is a Ghost walk (under the spell of the Watman). You can find all the information on their website https://www.vlatam.be/
In my search for more information on this topic, I found that Eric KEUTGENS wrote a book about this. If you are interested in reading about this, you can find it here https://www.etwie.be/publicatie/de-antwerpse-tram-van-paardetram-naar-pre-metro (The Antwerp tram. From horse tram to pre-metro). No, I have nothing to gain from you purchasing that book.
Hope you like my blog post.....Until next time.....Have a great day
Renata (Seadbeady)
Follow me on Instagram https://www.instagram.com/seadbeadyblogs
Follow me on Bloglovin https://www.bloglovin.com/blogs/seadbeadys-fashion-lifestyle-blog-19062377
Want to be on my blog next time ??   Want me to review your product?? Just send me a message at seadbeady@telenet.be 😊
op October 18, 2020 7 comments: